Everybody seems to be at it these days. Google, Apple, Tesla – and now add to that Uber – everyone’s into driverless cars. It seems that if you’re a tech company without an autonomous vehicle strategy then you’ll have one soon.

But what’s really happening in the UK? Well, the government wants us to be at the forefront of connected and autonomous vehicles and we’re well positioned to do so. We currently have a legal and regulatory framework which is better disposed to allow testing of autonomous vehicles on our roads than many other countries; we’ve got an automotive heritage which is the envy of others; and our tech pedigree is second to none.

As you’ll no doubt have read, consortia are currently testing driverless cars in Bristol, Milton Keynes, Coventry and Greenwich. The focus of these investigations is slightly different, each designed to assess the varying challenges facing the driverless market.

So, assuming that these tests go well and the government continues to invest in autonomous vehicles as a strategic area of importance for UK plc then what are some of the legal obstacles which need to be addressed to allow full blown adoption?

We’re only at the very beginning of investigating how best these new driverless vehicles might be used. Working together with the newly formed joint policy unit, the Centre for Connected and Autonomous Vehicles (C-CAV), which will co-ordinate government policy on driverless cars and connected technology, many of the legal questions may well be resolved quite simply. No doubt new ones will arise as the research develops. For anyone interested in cars, technology and the law it’s going to be an interesting time.

This article was first published by Lawyer2B on 24 November 2016. 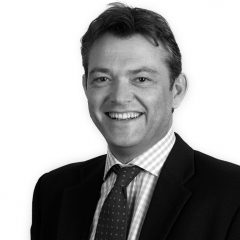