Smart Cities – How Does Infrastructure Need to Change to Enable us to Deploy Smart Cities Fully?

What do we mean by “Smart Cities”?

Simon opened the discussion with an overview of Smart Cities. Simon examined the various definitions of this vague concept, such as Rupert Green’s “Use of data in every aspect of our lives to make our day-to-day life easier, quicker, safer and cheaper”. Simon then discussed the concept of “Better” rather than “Smart” Cities, which could be achieved by “driving better usage and utilisation of existing and new assets through data usage and analysis to deliver services as sustainably as possible for the benefit of citizens”. A key element of this approach involves examining how infrastructure assets relate to the area around them, rather than looking at specific infrastructure assets in isolation.

Simon went on to discuss the importance of collaboration, both across sectors (such as infrastructure, security, telecoms, waste, transport and energy) to integrate wider-city considerations, and between the private and public sectors. The public sector provides grant funding and can work well to amalgamate funding from various sources. However, the public sector’s legal and regulatory frameworks can hinder as well as facilitate “Smart”. The private sector is a disruptive idea generator that enables fast mobilisation and exploitation. Large companies can promote ideas by absorbing project costs and providing the framework for their implementation. However, they can also suffocate ideas because large companies need control and a certain level of bureaucracy to function effectively.

The panel discussed the meaning of “Smart” with Rupert expanding on his definition above by noting that, from an investor perspective, it means using technology to increase return on investments. He added that “Smart” enables companies to understand if projects are sustainable and to make informed engineering and investment decisions. Clare noted that “Smart” technology integrates decision making across sectors, and unpicks precedents to rebuild the value chain and achieve a reapportionment of the value. Mark thinks “Smart” means giving a better quality of life to citizens, which is increasingly important in a time when funding is eroded but the population is increasing. Richard remarked that “Smart” improves investment cases for projects through a combination of data, connectivity and energy that drives new revenue streams out of assets. Andrew brought the security side of “Smart” to the audience’s attention, by questioning if connecting everything to the internet the entire interconnected system could be adequately protected.

How quickly will change happen?

The Panel then examined if the change to “Smart” would be dramatic or incremental. Clare thought the change would be fast and smooth, but would ultimately depend on large-scale events, such as the London Olympics or systemic failures, to enable solutions to be fast-tracked. Lucy suggested that responsibility for change would sit with policymakers, whereas Rupert advocated the notion that investors drive change, and they would only continue to invest if the buildings sell. Richard noted that one of the biggest barriers to incremental change is retrofitting existing infrastructure. Andrew believed that by 2020 each house in the UK and the developed world would have somewhere between six to 20 internet-connected devices. Currently, 3 billion people worldwide are connected to the internet, and with internet-connected devices set to outnumber people globally by a factor of 3 to 1 by 2020, a fast and smooth transition to “Smart” is likely.

How will infrastructure change as we develop Smart Cities?

Rob Shaw from LDA Design questioned the Panel on the spatial implications of the move towards smarter infrastructure, such as how and where to build and what the form of the cities will be. He also wanted to know how the types of infrastructure that we will be seeing over the coming decades will be different to what we are used to now. Mark thought the first example would be autonomous vehicles. Roads could be smaller and used more intelligently, allowing for more pedestrian space. Mark cited the Chinese straddling bus as an example of how attempts are being made to rethink traditional road space. Rupert discussed the idea that, in the future, we will not be commuting in the same way as we are now. Instead, commercial developments will offer people the opportunity to work how and where they want, such as at home or in a coffee shop, or even outside. Clare thought the emphasis of Smart Cities would be on quicker and more convenient travel, with a seamless transition from working on transport to arriving in the office. Andrew voiced his concerns about using wifi in public spaces, due to the threat of cyber hacking. He acknowledged the benefit of public wifi to the population, but appealed for the use of it from a position of awareness and knowledge.

How will we use data?

Victor Sanchez from Transport Advisory wanted to know who benefits from the data collected through Smart Cities. Simon noted that data sharing must be a transparent with the ability to make informed decisions perhaps with incremental levels of data sharing. Andrew thought those who invest in and build the infrastructure should realise the value of the data but noted that there is a fine line between personalised and intrusive data. He also questioned methods to check the integrity of data sets to ensure decisions are being made on valid data rather than data which has been subtly changed, as even a 2% change could have a significant impact on policy decisions. An adequate benefit should be given in return for sharing data, and people must know what data is being collected so that they can make informed decisions about whether or not they would like to share it.

How do we future-proof Smart Cities technology?

The final point discussed was how to think ahead in terms of “Smart”. With technology moving forward rapidly, it is difficult to future proof the projects being built now. Clare suggested that designs allowing for flexibility and adaptability are key, especially in the knowledge that parts or the whole of a project might have to be dismantled and rebuilt in the future. Rupert noted that mixing and matching vendor equipment is vitally important, so as not to be tied up to one single vendor. This is due to the likelihood that parts will need to be upgraded and retrofitted.

The event ended with an update from Chris Holmes on IPFA 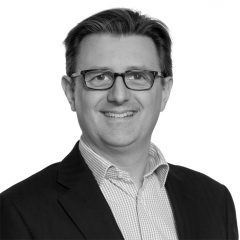